The bird in the cage…or was it a Vietnamese girl?

One of these settings that gets me intrigued are shadows and sunlight.

Throughout my pictures you’ll probably already came across it or will get to see it.

It’s like creating this great theatre set but only get to see the mirror.  The second vision .

A world in a world inside another world!

As a maker its a place to be  imaginative and to manipulate reality.

Lets say its like setting up a playground and get to see into each corner, hide in each corner.

Look in that hole… Let stand above this….Down it goes!

So are you all comfy and warm?

Then here we go:

Did you notice the new welcome banner???  Yep, we’ve added new hosts!  We think this will help our party grow even bigger!  Because of this, we will also be giving you more of a chance to be featured!  Starting next week, we will have 6 features every week!

But as always all posts are pinned; features pinned by all!.

Here’s what your hosts have been up to this week!

Every week we will have a fabulous co-host!       Our co-host this week is Katelijn from KusKat.  Katelijn blogs her unique designs and fun creations.  Check out this fun quilt project!

Now on to the Party!!
This is a super relaxed party! You show up with your fabulous posts and we pin every single one! We only ask one thing from you!

If you were featured, grab a featured button!!

Everyone else grab a button and help us spread the word about our party!!  Thanks!

By linking up, you give anniesnoms.com, mommylikewhoa.com, simplicityrelished.com,wetherillssayido.com, mandablogsabout.net, thetiptoefairy.com, coffeewithus3.com, gloriouslymade.com, anallievent.com, or any co-host permission to feature your post on social media and our blogs using a photo, title, and link to your site. Proper credit and links will be given to you.

©Katelijn Smissaert and ©KusKat , 2014.
Unauthorized use and/or duplication of this material without express and written permission from this blog’s author and/or owner is strictly prohibited. Excerpts and links may be used, provided that full and clear credit is given to Katelijn Smissaert and www.kuskat.be with appropriate and specific direction to the original content.
~~~~~~
Использование или копия этого материала , без разрешения, Katelijn Smissaert,строго запрещено. Это произведение охраняется законом Бернской конференции о защите Авторских Прав.

They come to life by being painted on canvas, paper or by being embroidered on bags, Apron, quilts, baby blankets, bibs…

This blog is a reflection on my process creating them, my thoughts and images surrounding them.

the work is copyright protected 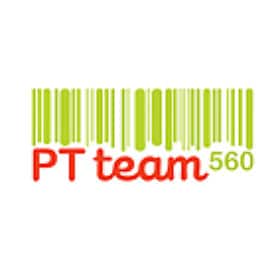